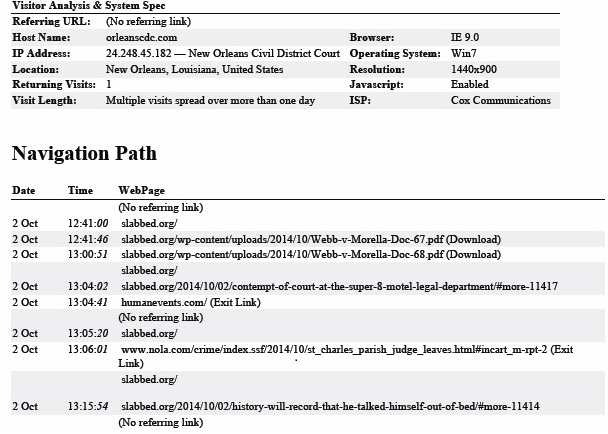 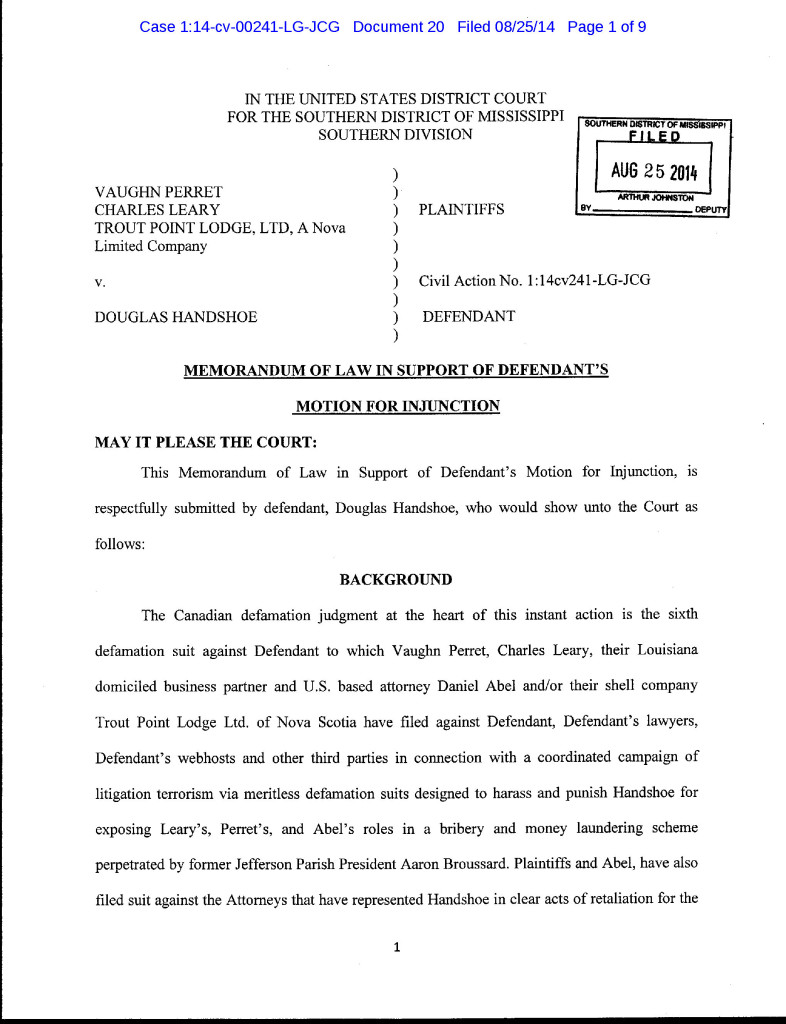 As FBI moves in, Janus voted out as D’Iberville city manager ~ Mary Perez

Somethings tells me Slabbed will end up giving some of the Housing Authority types an “Alfortish Special”. 😉

Slabbed played a very small role in the above when Judge Calvin Johnson used these pages to get in a word on the subject. Meantime disgraced former NOLA pol Sherman Copeland is back in the news:

Evaluating internal controls over the various computer systems is part and parcel of any audit and I quickly learned the director of the MIS department was evidently a bang-up band director before snagging the high level administrative position overseeing the institution’s computing systems, no doubt helped by the fact that his wife, a beautician by trade who was then the institution’s bookstore manager, reportedly was shagging a senior member of the administration. END_OF_DOCUMENT_TOKEN_TO_BE_REPLACED

As our readers may expect from the premiere legal affairs blog in the gulf south we were the early innovators in the topic of  New Orleans Civil District Court Judge Michgael Bagneris being nominated to a spot on the Louisiana Eastern District with a post Nowdy did back in April 2009 on his nomination to the federal bench at the same time Jim Letten was retained as US Attorney for the LAED. We were also the blog which broke Bagneris’ order delaying a trial until after the Superbowl back on late January, a topic which went viral and landed on the front page of the Picayune later on that day (where we were not credited). However, we won’t take credit for breaking the news Bagneris was rejected as unfit to serve by Team Obama as Bruce Alpert at the Times Picayune did that but unlike Mr. Alpert and his employer that prefer to protect these type of characters, Slabbed add some color as to why Mr Bagneris is unfit to serve as a federal judge. Let’s begin with Bruce Alpert and his recent report on the rejection:

In a surprise move, Barack Obama’s administration has rejected Sen. Mary Landrieu’s recommendation to fill a federal judgeship in New Orleans, asking her to offer another candidate to replace her choice of Parish Civil Court Judge Michael Bagneris.

Landrieu had recommended Bagneris, 60, a 17-year veteran of the parish court, in April 2009, at the same she suggested that President Obama retain Jim Letten as U.S. attorney. Obama accepted that recommendation.

Landrieu expressed disappointment with the White House rejection, which came this week. END_OF_DOCUMENT_TOKEN_TO_BE_REPLACED

Private dining for the judges? Surely not…… 😉