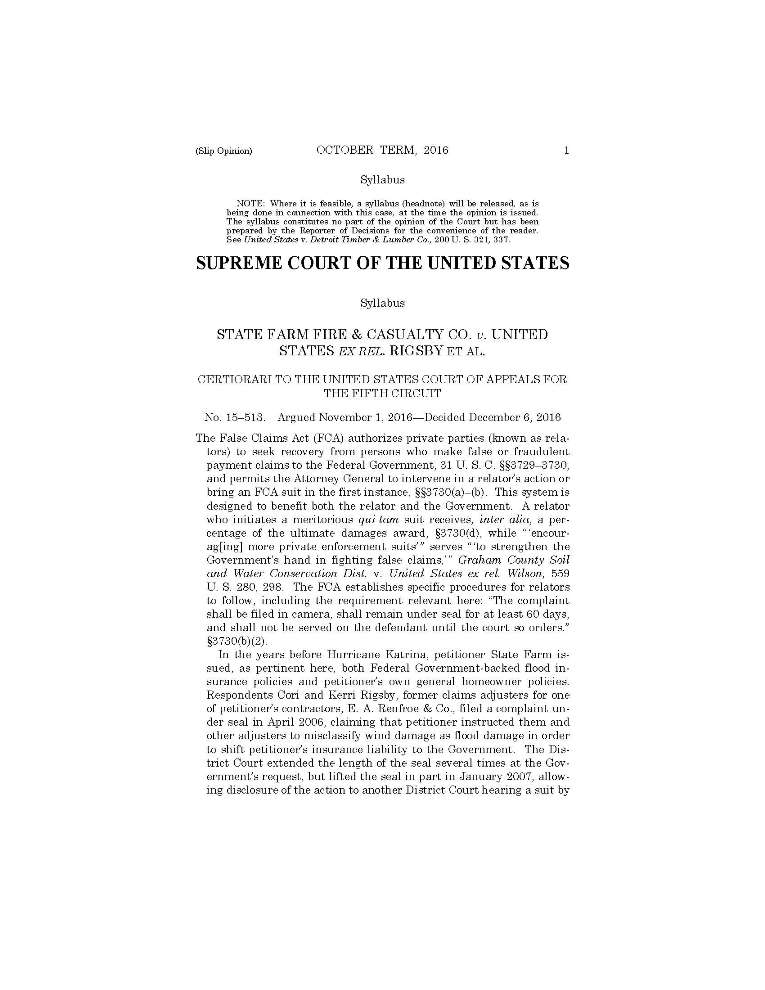 The answer to that question is pretty clear to me, the folks that elected Congressmen Steve Scalise, Bill Cassidy and John Flemming that flooded out in Louisiana should practice what they preach and not get a dime of federal help. By extension, since Mississippi’s fluffer Congressman Steven Palazzo also voted to deny Federal Aid to Superstorm Sandy victims the same would apply here in Mississippi the next time a hurricane hits the coast right?

With due respect to Foster Campbell it’s a bit late for an apology:

Time for folks in the bayou country to start Hitchin’ their britches….

I don’t think we’ve heard the last of this in the national media.

I reckon Nielsen and the rest of the gang has got a sharp eye peeled on this latest turn of events. After Katrina the DoJ, then under President Bushie, preferred not to take on any large insurance companies, even if they defrauded the taxpayers. That really has not changed under Obama with the development of the twin legal theories in “too big to fail” and “too big to jail” so the New York AG’s referral of other potential criminal acts to the US DoJ is certain to die on the vine. END_OF_DOCUMENT_TOKEN_TO_BE_REPLACED

The chickens are coming home to roost:

In light of recent allegations that some insurers in the National Flood Insurance Program (NFIP) may have denied or rejected Superstorm Sandy flood damage claims based on falsified reports, the Federal Emergency Management Agency is now prepared to reopen “every flood insurance claim” filed by Sandy victims, officials announced.

You don’t say. Meantime last night a new commenter stopped in on an old insurance post sharing some information that is worth highlighting:

As someone in the industry who has represented liberty mutual on dozens of their cases it is with certainty that I can say they are the worst slimeballs in the industry second only to State Farm. I have heard their newbie adjusters tell elderly insureds they did not have a claim despite having lost their teeth and fractures to their jaws from slipping on wet floors that had been mopped in dark rooms. I have seen them deny claims that were clearly covered. I have seen them justify and defend cheating beneficiaries of their benefits and I have seen them cheat their own employees.

State Farm just had another reorg and guess who got cut. All of the employees from Mississippi who had to defend Eds Russ and Lecky’s decisions to cheat policyholders. That is how they rewarded their loyal senior staff. It was sad that the local adjusters managers and agents got the shaft for Ed and lecky’s unscrupulous behavior.

And they still don’t get it completely but it appears the lightbulb is coming on very slowly:

The paid shills and hired guns, however, remain the same.

My personal recommendation to Chen would be to speak with some journalists that actually know the score such as Anita Lee, Dean Starkman, Jeff Amy and Paige St. John.

Meantime I’m still trying to drag Nowdy out of retirement.

I’d like to acknowledge the recent care packages that I’ve received and thank those of you that sent them. I thought the pictures of Billy Hewes were a hoot. On that topic I will only say that I will not be running the pictures though I do appreciate the nice person spending the time to get them to me.

Hurricane Sandy litigation is heating up and I need to see about getting Nowdy back in one way shape or form to cover the litigation because it has a local bent and it is getting nasty:

William Treas of the Metairie law firm of Nielsen Carter and Treas is a defendant in the suit. Nielsen Carter and Treas are the primary law firm for the National Flood Insurance program. The litigation after Hurricane Katrina here including the Louisiana based whistle blower suit Ex Rel Branch featured some of these same players so this has a family feud like quality that is undeniable. (Certain of the archival posts on this topic and Hurricane Katrina can be found here and here.) 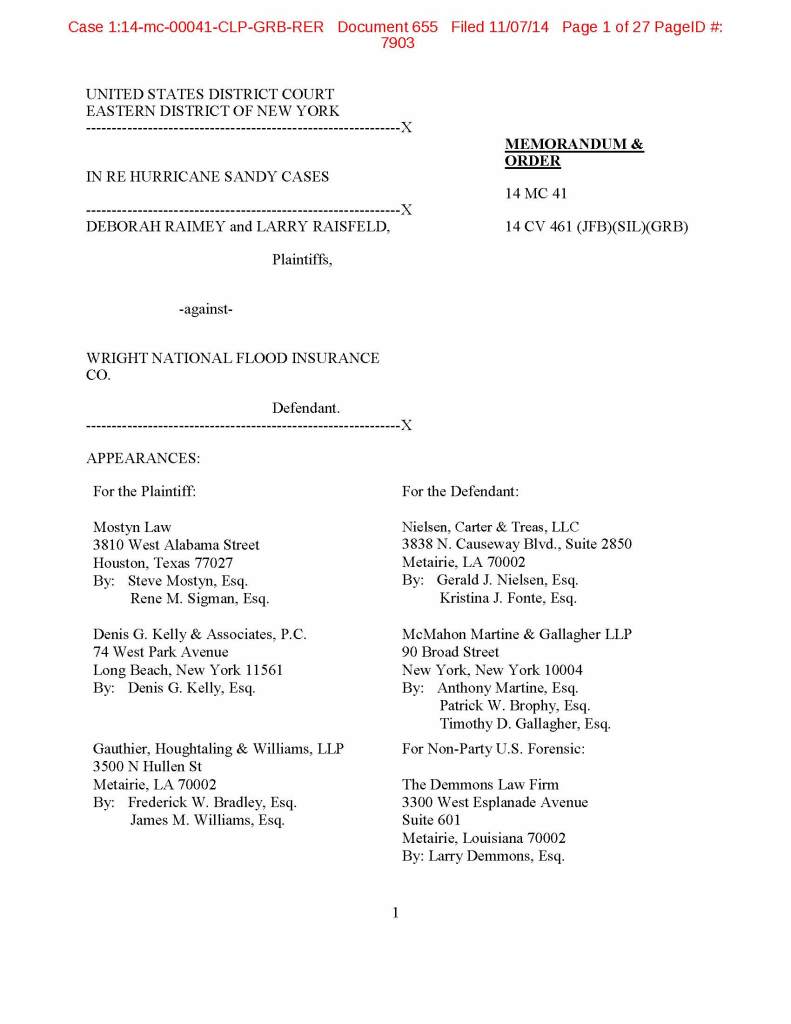