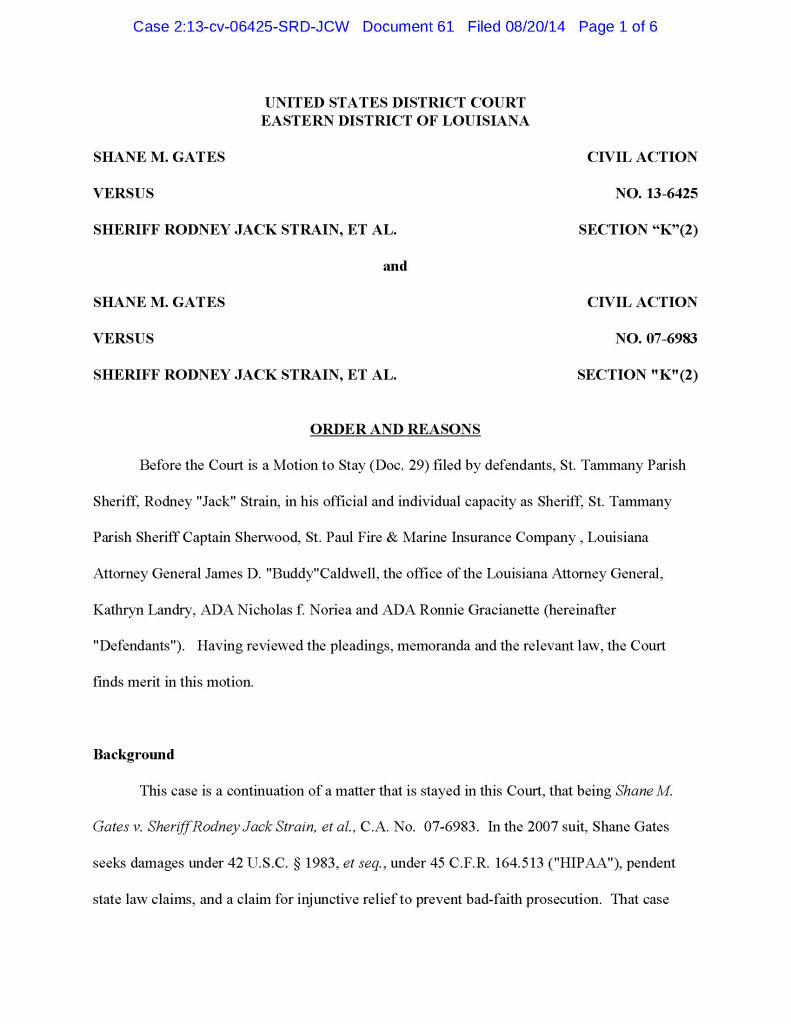 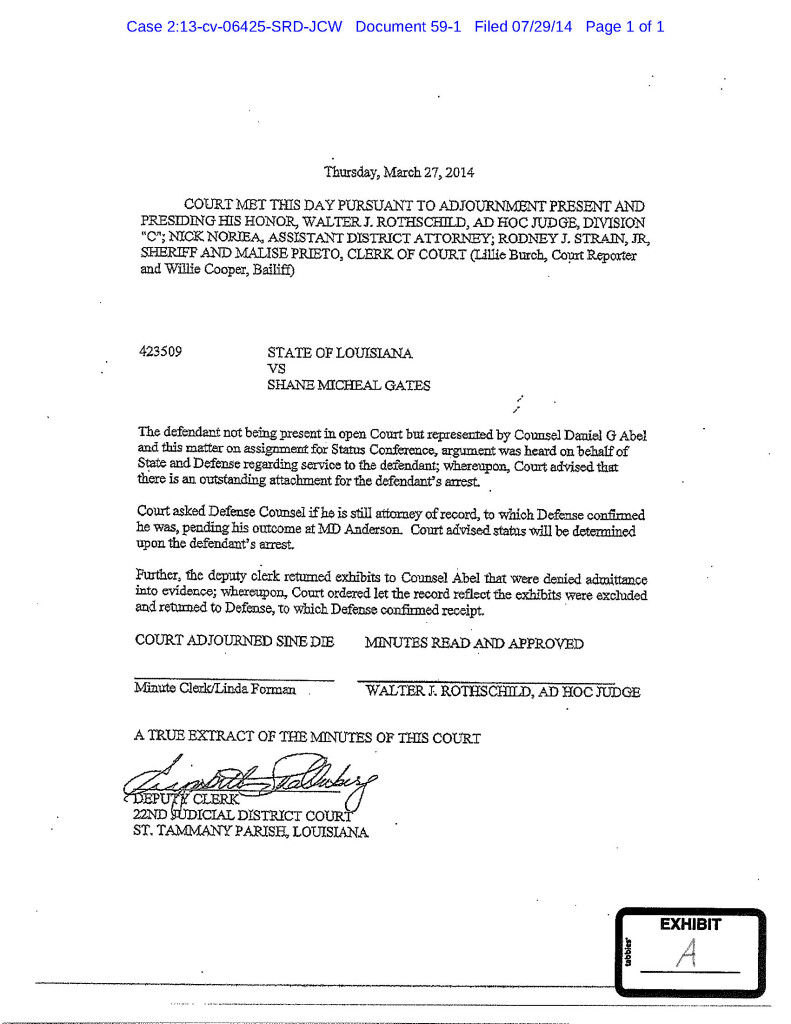 Those interested in an update to the related civil suit which Gates, using the services of his adopted Father Daniel Abel, filed against Judge Richard Swartz of the 22nd JDC in order to conflict Judge Swartz out can click here for a good brief which updates the status of that case. END_OF_DOCUMENT_TOKEN_TO_BE_REPLACED

My review of the docket in Gates last suit filed against St Tammany Parish Judge Richard Swartz revealed that Team Gates belatedly began serving process in the suit, filed in the Middle District of Louisiana, in late November just days before the 120 deadline for serving process expired and that a return was never filed for Judge Swartz, who had previously moved to dismiss the case due to a failure of Abel to serve process and/or to have it consolidated with the lawsuits filed by Gates in the Louisiana Eastern District against Sheriff Strain and St Tammany Parish officialdom. END_OF_DOCUMENT_TOKEN_TO_BE_REPLACED Brown attended Monday’s hearing, and afterward she celebrated outside with Abel.

Where Robert’s story gets weak in the knees IMHO involves his description of Abel as some sort of defense lawyer for his adopted son Shane Gates, aka Shane D’Antoni, who has also previously sued the NOPD for police brutality back in the day. What is clear is that Robert’s reporting on this is so compartmentalized and narrow as to be misleading in my opinion.

What is true from a big picture standpoint is what was a DWI arrest involving some low level violence has now morphed into 2 federal lawsuits, the latest filed by Abel on behalf of his “son” whereby Abel also claims to be a witness, an impossible legal scenario under which Abel could provide such representation. How Abel can show up representing Gates in the criminal matter at the heart of the the civil suits where Abel is a witness is anyone’s guess but maybe that is why Judge Swartz mentioned sanctions. END_OF_DOCUMENT_TOKEN_TO_BE_REPLACED