And it turns out Aircheck will remain a man of mystery, likely forever, and that is not necessarily a bad thing in my opinion.

Judge Lemmon and Magistrate Wilkinson appear to have received an education normally reserved for newspapers, bloggers and the like. This snippet from Gordon’s story sums it up:

The judges also pulled the plug on Jackson’s efforts to unmask two other nola.com commenters that the former city official suggested were federal officials as well. The first, “aircheck,” was the subject of a subpoena to nola.com, which turned over a raft of materials to the court last month after failing to persuade Wilkinson and Lemmon that the commenter’s First Amendment rights as well as those of the newspaper were being violated.

The judges have been reviewing those documents in chambers, the motion says, but they’ve been unable to determine the identity of “aircheck” — who apparently used various devices to post comments, and posted from a range of locations — and they conclude in their motion that further study of the issue is pointless.

The key for me is that Aircheck used different devices because it is the often the identity of the device that is key. This is why the International House Mystery Commenter used the Internal House to begin with. And it why I still think a key logger was used in that instance. END_OF_DOCUMENT_TOKEN_TO_BE_REPLACED

At this point I’d like to remind everyone of the economic concept of signalling. This concept is interdisciplinary in application and my limited experience is one place it applies is in the practice of law. Assuming a lawyer has the sense not to BS a judge a party to litigation will often self reveal facts.

I mention this because I detected some signalling in the appeal of Magistrate Wilkinson’s order thus the post title. Whether or not the T-P’s lawyers are BSing on the signal sent is the only question left in my mind. The early pre-appeal predictions are that Judge Lemmon would not overrule Magistrate Wilkinson. We shall see. 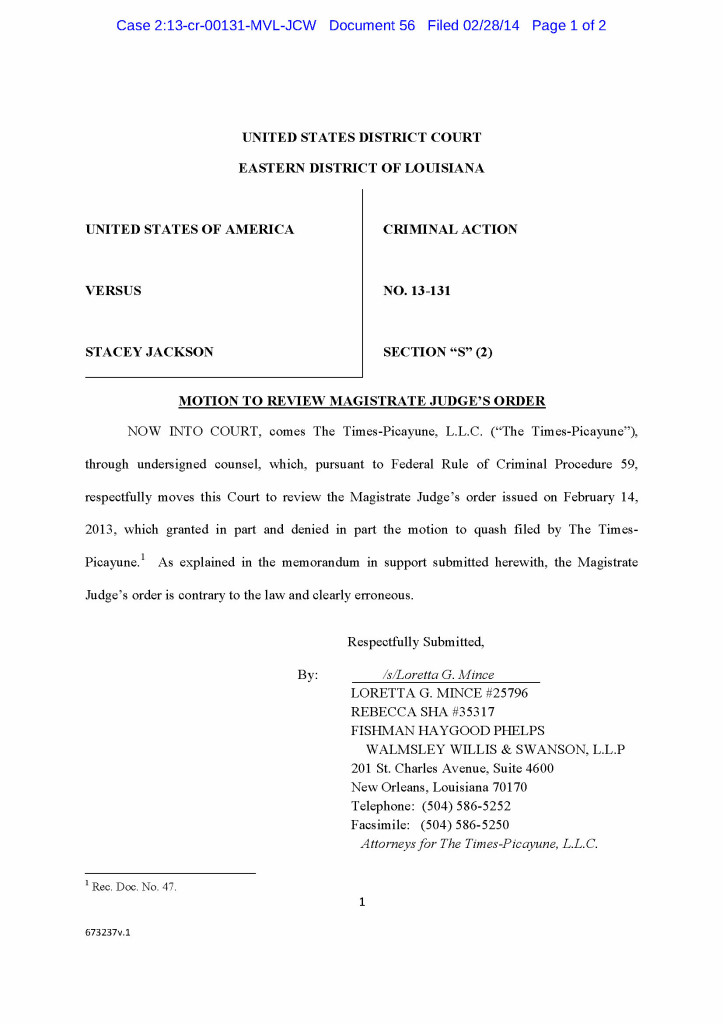