The allegations of fraud are priceless folks. Business must be bad for the gang at the Lodge because the Civil District Cost Docket indicates the court fees were short paid. Of course, in Randall Cajun’s fantasy world Slabbed’s precedent setting SPEECH Act victory over these SLAPP Happy nuts occurred in New Orleans instead of Gulfport. They also conveniently ignore the fact their Nova Scotia lawsuits were so poorly plead the court concluded they could never win a default here in the US with such deficient, infantile pleadings. The judicial beatdown frankly could not have been worse for them but that is their own fault. As for Slabbed, we remain the champs. Click the pic to score 33 pages of typical Goatherder Jackassery: END_OF_DOCUMENT_TOKEN_TO_BE_REPLACED

After all, Team Goatherder has now sued 6 lawyers by my count in their SLAPP happy quest to silence Slabbed and cover up their involvement in Aaron Broussard’s criminal activity. So Alex, who is the next the next contestant? Mary Judith of Jacktown come on down! 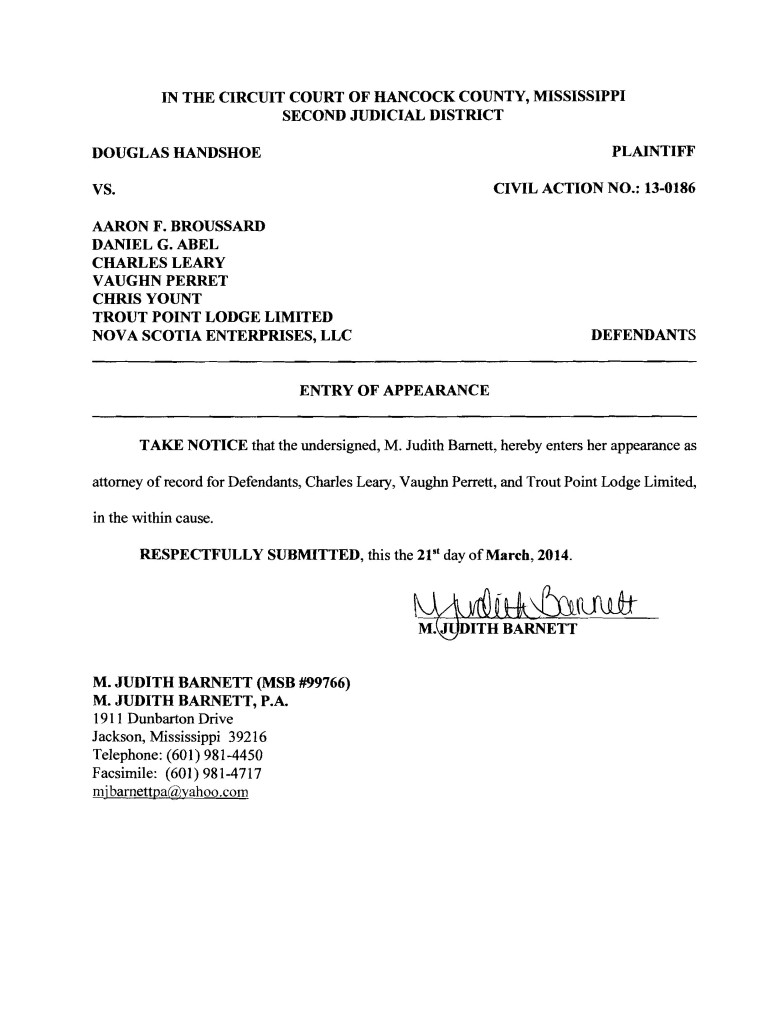 It will be interesting to see if she can take the $100,000 ding Jones Walker just took.

And it carries pretty much the standard definition in the world of financial message board communications as it does in the Navy. Wanna know a bit more about your fellow “anonymous” message boarders. Get a fix via sonar and then:

After the explosion information always bubbles up and that was certainly the case with the saga of Judge Susie Morgan’s former law clerk turned accused pedophile Thomas “Haller” Jackson.  I could not have been more personally delighted with the results of my last depth charge thus we begin with David Lat over at Above the Law, who was kind enough to link Slabbed’s coverage of the Jackson arrest.  Here is Lat’s last update to his post on same:

In response to a number of the comments, I would observe that (1) the allegations describe truly reprehensible and disgusting conduct (even though there was no actual boy involved); (2) if the allegations are true, then Haller Jackson should be punished to the full extent of the law; and (3) the sexual abuse of children is a deadly serious problem. I would have thought that (1) this all went without saying and (2) an audience composed mainly of lawyers and law students would understand the presumption of innocence. But based on some of the comments, it seems that I was wrong. Hence this update.

I think the lawyers and nonlawyers all understood Mr. Lat’s post but it would be a reader comment such as this one that prompted the post update:

“At least he was carrying condoms. You don’t need a Ph.D. in epidemiology to know the wisdom of using protection in random sexual encounters. . . . It sounds like Haller Jackson is in a relatively good position, under the circumstances. . . . The younger Haller Jackson and I have been friendly for a number of years — we know each other through his former boss, Chief Judge Kozinski (who has had his own racy misadventures online) — and I was shocked by these allegations. Nothing I know of Haller Jackson would lead me to believe he could engage in such conduct — and I suspect that the four federal judges for whom he clerked feel the same way. He did, after all, have to pass background checks in order to obtain his multiple clerkships.” Jesus Fucking Christ, Lat. Innocent until proven unpreftigious is not even a joke anymore. He is in a “good position” after trying to fuck a ten year old. He actively solicited sex with a ten year old, but since the ten year old did not exist and he is a Koz alum, it’s all good? I thought the FREE KEVIN RING was bad, but by comparison, that article might as well be In Cold Blood. This might be my tipping point with your website. It was fun while it lasted.