How’s that for a headline! Whew. Point of disclosure, I scanned the lawsuit Ava Coleman filed against DMR and Jamie Miller and there was no sign of the Cake Eater so there may yet be more out there. This much is clear, based on what I am hearing from well placed but third party sources, Ms. Coleman’s lawyer has put a gag order on her and is not interested in “trying the case in the media”, which I put in quotation marks because it is a standard lawyerly response not to be confused with a direct quote, which Anita could not garner:

Here is the first amended complaint for those that are so interested: 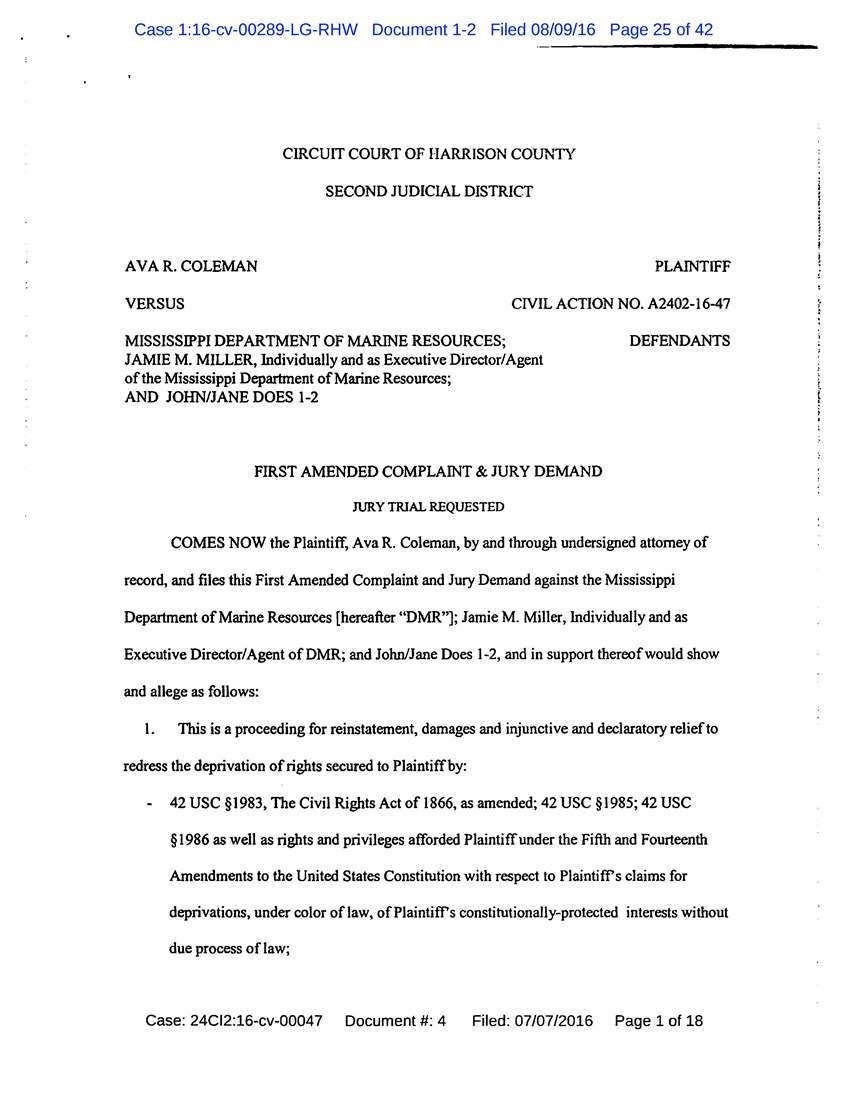