Oh the posts I could have written about this year’s Louisiana election that features more stinker races involving narcissists, especially in metro New Orleans than I can recall ever. So here at Slabbed we said screw dat, sit back and lets watch the knife fight that was sure to ensue. Our patience was well rewarded.

Slabbed makes absolutely no endorsements but I will say I am stunned JP Councilman Chris Roberts used his own son in a campaign ad because it opened up Pandora’s box. There are several stories the main stream media could have run about several of the candidates including Roberts and believe me folks when I say the dirt on Mr. Mini-me that has come out thus far in the campaign scratches the surface. He is endorsed by all the major Parish Wide politicians including the Sheriff and DA because his massive character flaws means Roberts is essentially a puppet. I personally can’t wait to see how that particular race turns out because it comes to you straight from the sewer.

Meantime for Lite Gov we got John Young and Billy Nungesser as the two favorites to advance to the runoff. Slabbed New Media is considered authoritative on both men so it is no surprise the following lawsuit filed a week or so ago by the Parish of Plaquemines against Nungesser for “misappropriating” Parish materials and equipment on a private construction project showed up on my doorstep because this is exactly the kind of muck we love to rake here at Slabbed. Click below the jump to nab the 4 page pdf of the suit and remember tomorrow in Louisiana hold your nose and go vote: 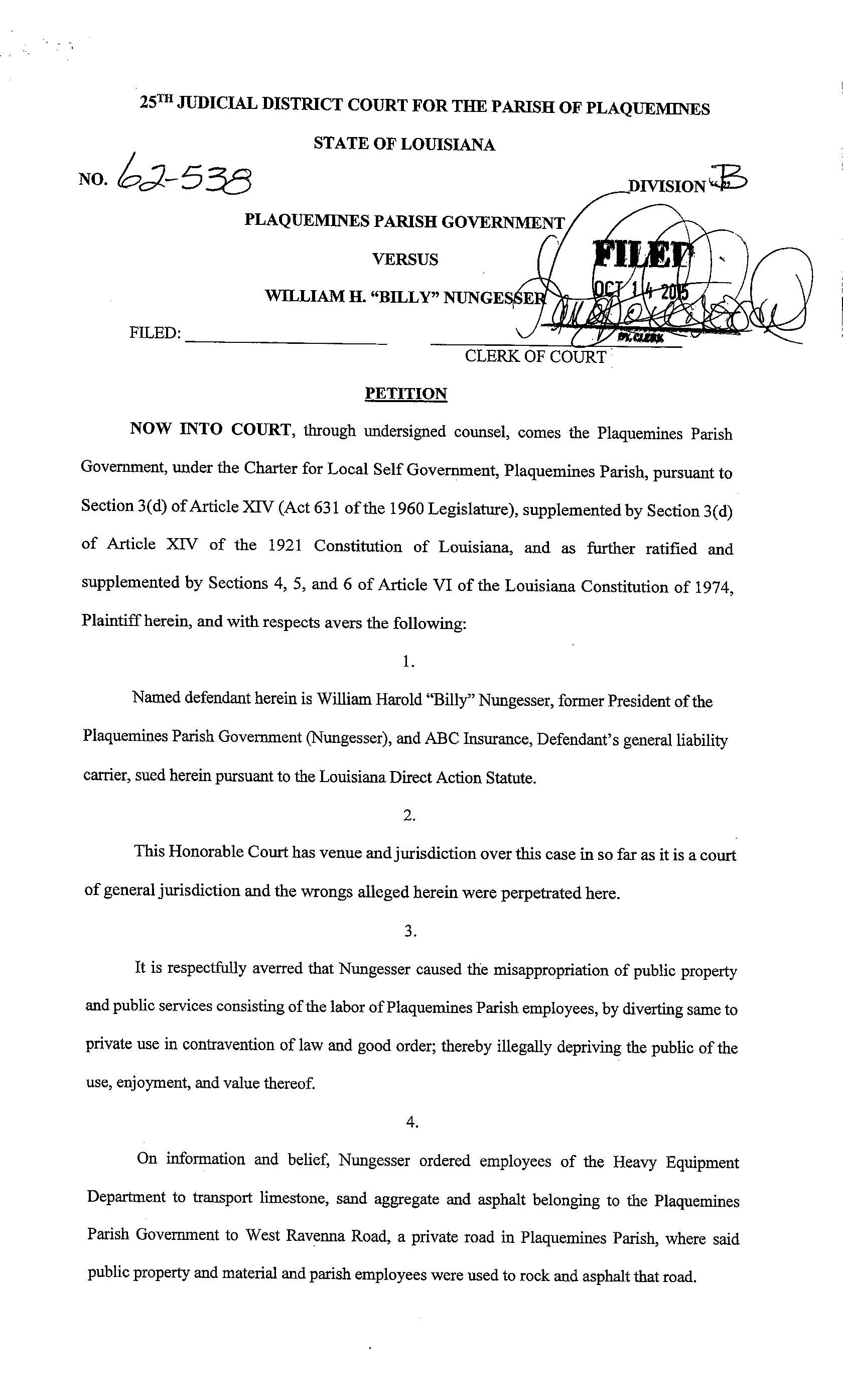