The City’s response to the Ethics complaint, lodged by Ron Thorpe of the Hancock County Alliance for Good Government claimed the City’s response to the Thorpe PRR was “proper complete and adequate”. However, the Mississippi Public Records statute is very clear that public records requests must be be produced seven days after receipt of the request for production or within fourteen days provided certain notification protocols are utilized. Bay St Louis City Clerk Katherine Smith failed to produce the records within the 14 day time frame, belatedly producing the requested records after Mr. Thorpe was compelled to file an ethics complaint on the matter.

Several members of the public have complained to Slabbed New Media regarding the City of Bay St Louis openly flouting compliance with the Mississippi Public records law as well as in public comments to the City Council. These compliance problems coincide with the exposure of the financial crisis that gripped the City in 2014, when it was forced to refinance its Water and Sewer Bonds or face default. Bay St Louis Mayor Les Fillingame had previously steadfastly maintained the City was solvent despite the imminent default, which was averted with the refinancing of the bonds at a cost to the taxpayers of over $150,000.

Finally, sources familiar with the operations of the State Auditor’s office indicate to Slabbed New Media that an investigation has been opened into certain of the City’s financial practices, including the issuance of $500,000 of debt without any apparent statutory authority that was used to pay past due bills owed to the Hancock County Utility Authority dating to the 2013 fiscal year.

Those wishing to see the final order should click below to obtain the two page pdf. 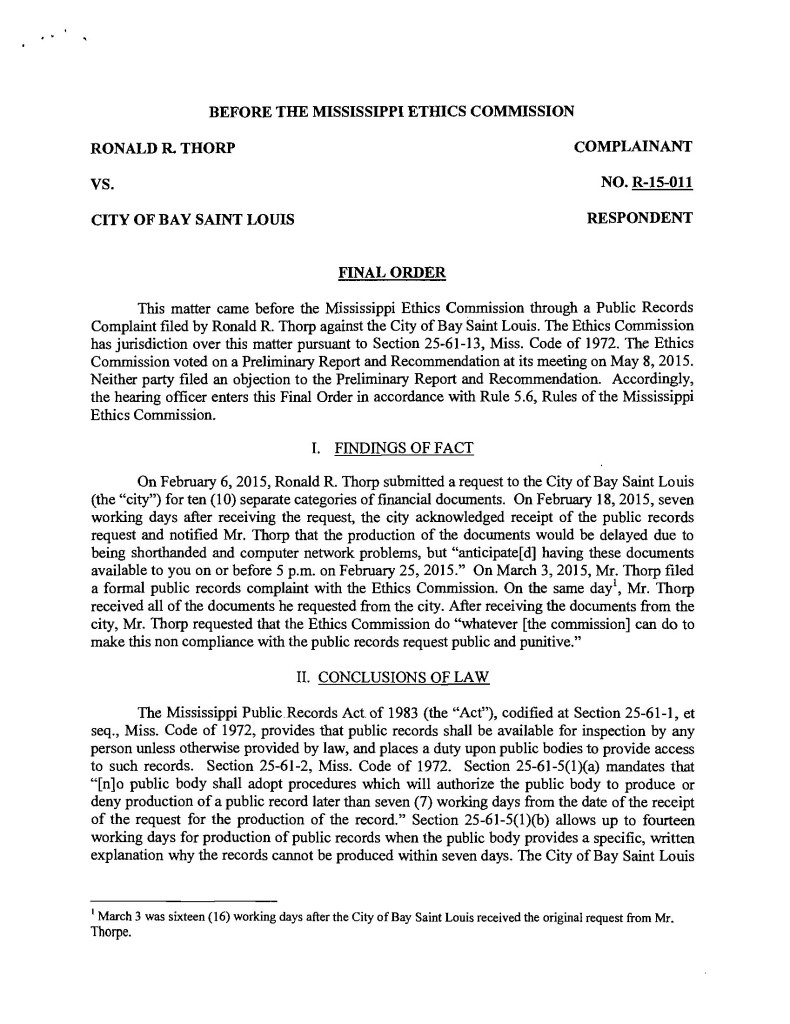