So commenters on Slabbed wanted names named and the retirees were happy to oblige. Merci Beaucoup.

Well folks, the Haller Jackson saga comes to a close:

Those interested in catching up can click here. Jackson will receive a 5 year sentence per his plea.

At the May 11, meeting of the Bay St. Louis – Waveland School Board, Jason Chinche, the City Engineer for Bay St. Louis representing the Mayor made a funding request of the School Board of $50,000 in “start-up” money for an infrastructure project on the extension of Carroll Ave. north of Highway 90 for approximately 900 ft. of sidewalk for a total cost of some $200,000.

Before the conversation started between the Engineer and the Board, Superintendent Rebecca Ladner, spoke up and said that she could not be on record endorsing school district funds for this project because it is on city property, not school district property. Her statement apparently fell on deaf ears because the Board and their attorney agreed to investigate how the funding could be arranged. Mind you, this item was on the Action Agenda of the School Board meeting. Had the Superintendent not spoken up, the Board may have issued the funds right there.

In a conversation with the State Department of Education on May 12, the Finance Office told me that Superintendent Ladner was correct, and that school districts cannot donate money, only services and facilities. Both city governing bodies have been advised by the Hancock County Alliance for Good Government of this with Miss. Code and Attorney General’s Opinions provided by the State Department of Education. Unfortunately the Bay St. Louis Mayor and School Board Attorney are currently attempting an interlocal agreement between the two entities, the School Board and the City of Bay St. Louis, for this $50,000 in school district funds to be transferred to Bay St. Louis city accounts.

Since the Bay St. Louis Mayor and School Board attorney ( and some School Board members) decided to pay no attention to the Superintendent and the State Department of Education, the Alliance for Good Government approached the Attorney General’s Office and the Office of the State Auditor for opinions.

Their opinions, based on what they referred to as a similar case in New Albany, Miss. where the city requested funding from the local school board for an infrastructure project, is as follows: END_OF_DOCUMENT_TOKEN_TO_BE_REPLACED

Fifty years ago this month, rock band The Who released their megahit rock opera called “Won’t Get Fooled Again.” The song ended with the lyrics: “Meet the new boss, Same as the old boss.” From the early debates in the approaching Louisiana governor’s race, voters are hearing few fresh ideas as how to get the Bayou State out of its fiscal and quality of life disarray that has continued for years.

Those monitoring the previous debates, including members of the press, rarely ask specific, tough questions. All the candidates running are cookie cutter in their scripted responses. Pro, guns, pro life, let’s have a study on fiscal issues, everything is on the table, we will review, will work with the legislature. We’ve heard these same habitual retorts for decades. Isn’t it time to get specific?

How about a gubernatorial candidate who will step up and embrace an unambiguous Contract with Louisiana? An explicit and detailed set of guarantees, put in writing, that offers votes an agenda for Louisiana renewal? Not a list of worn out platitudes that pits one interest group against the other, but a management document that addresses head on why the state is laggard in so many policies and basic services. And back off the right vs. left gibberish. It’s time to talk about the future vs. the past.

Forget about Bobby Jindal. He’s a has-been who ran state government on a day-to-day basis, with no concern about future consequences. Sure, he is leaving the state in financial disarray. But it time for a gubernatorial wannabe to spell out benchmarks to be met on a yearly basis. So what are these targets? Continue Reading……… 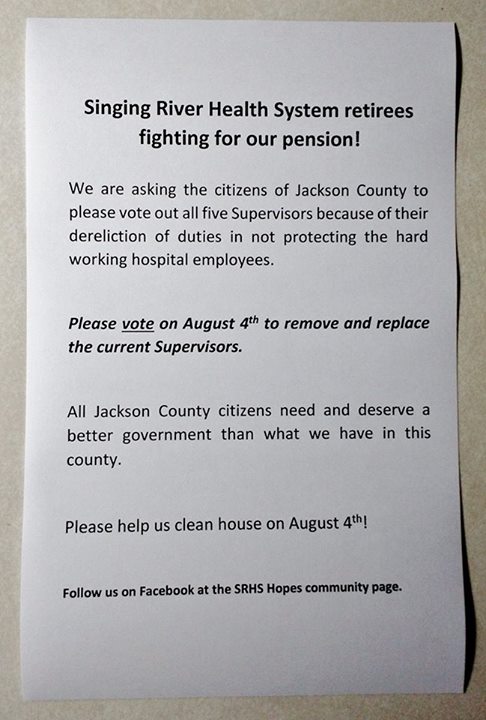