From the sweet serendipity files I have a two pack of USDC filings that are circulating around the local legal community.  These come from two different readers. First up is a plaintiff’s filing which illustrates why Pro Se litigants have such a bad name in the court system:

Next up is a Judge that must have had a series of bad days as this filing is circulating like wildfire in the greater NOLA legal community:

But that court order only tells part of the tale because if anyone was wondering if the courts read the pleadings submitted to them the answer is yes and virtually immediately as Judge Susie Morgan was all over this case like white on rice from the day it was filed: 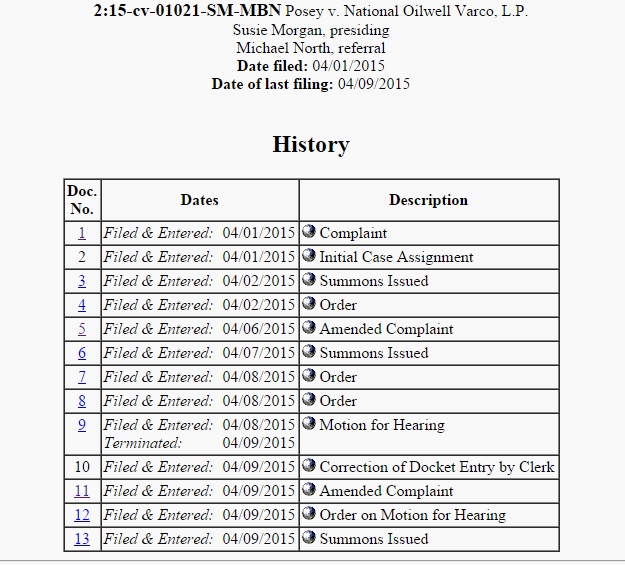 What I find interesting is the two District Court Judges with the worst reputation for mistreating the lawyers that practice before them in the Eastern District are:

The only exception to that recent Landrieu appointee trend is Jane Triche-Milazzo who I saw first hand resolve a very contentious matter in a way that did the robe she wore justice but Judge Triche-Milazzo did not come from Phelps Dunbar.

That said we also know first hand on Slabbed that Judge Morgan can be a kindly judge as well so I certainly wouldn’t want to sell Judge Morgan’s bedside manner short even if the track record of her decision making while on the bench is uneven.

I think Slabbed will be keeping an eye on Posey because I sense there is a backstory here worth knowing.

7 thoughts on “US District Court filings reveal lack of temperament for the trade: A two pack”