Little fun fact for those interested… Good ole Rep Eure is REALLY good friends (like county club good friends) with the famous Miller Time. If my memory serves me correctly, I believe there was some kind of spat (not sure of the details) between Baria and a few employees of Marine Resources some time back (i could be wrong, yet it could have been a rumor) Eure being on the Appropriations Committee controlling money that is managed by Marine Resources… Coincidence? I think not. So, whatever shall we do with the remaining money boys? Same game, different players my friends…

If this sounds like a FUBAR type situation to you, then we’re all on the same page.  And of course the people that suffer from the partisanship are the people that live here but that’s normally how it works.

In other news, Rep Baria’s replacement in the State Senate, Phillip Moran, the guy that Rep Baria tried putting under the bus in the early news coverage of Tidelandgate [Seacoast Echo story here] is on Tuesday’s City Council agenda: 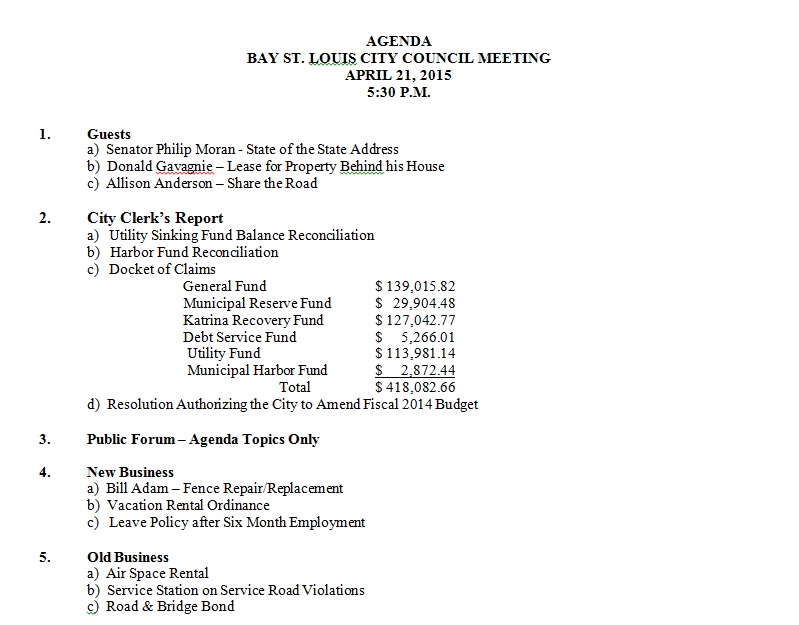 In other news I’m sensing the stench of fiscal irresponsibility emanating from the Mayor’s office as there are whispers circulating throughout the community:

12 thoughts on “Comment bump | Tidelandgate: Never a dull moment here in the Bay”