The contrast in the candidates couldn’t be more clear folks.

Meantime, here is a reader submitted photo purportedly of Windy Swetman’s dog lounging on the driveway of the Woolmarket property. Based on a Google maps street daytime view the house indeed resembles the Swetman property. Other than that observation I’d caution about deriving any other inferences regarding any information it conveys about the current Swetman family domicile. END_OF_DOCUMENT_TOKEN_TO_BE_REPLACED

And here I am sitting on pictures of Windy Swetman’s dog on the driveway of the house up in the greater northern Woolmarket metropolitan area. I noted the comment where Slabbed was termed a rag and I appreciated that remark greatly along with the entire backstory on the AJ Holloway endorsement of Fofo Gilich for Biloxi Mayor.

The ten candidates in the pool run the gambit of diversity as we have Bull to go with Cono. There is Dixie Darlyn who gets a Slabbed award (Slabby) for the political newcomer Handshoe never previously knew anything about. And in true Mississippi fashion almost every major candidate has a nickname as that is the way we roll here.

In any event join Charlene and the rest of the gang and vote for the candidate of your choice. Then, after we’re down to two candidates we’ll let the muck fly.

Slabbed New Media has learned that by call of the City Council, a special meeting will be held in the Council Chambers at approximately 6:30pm Tuesday April 28, 2015, following the Bay Planning and Zoning Board meeting.

The Council has requested the City Clerk be in attendance as the meeting will focus on City finances and the upcoming bonded debt payment.

The public is encouraged to attend.

He that is slow to anger is better than the mighty; and he that ruleth his spirit than he that taketh a city. ~ Proverbs 16:32

She said he started out smiling, but got angrier as he talked to her and the others. He became insulting, she said, and said they “just don’t get it,” pointing to his head.

That’s kinda how McKay reacted to his taxpayer funded DMR cruise using Bill Walker’s private yacht fleet when that broke in the media. Funny how that works. Meantime keep treating the retirees like children that owe you something Mr. McKay so we can find out if such is a winning re-election strategy.

Slabbed has done nothing on the above except highlight the show. Gordon Russell and Lee Zurik get the props for bring the story home. Next up for Reed and his son is the hangin’.

Moving right along is a two pack Slabbed New Media was right in the thick of in the prosecution of former Parish Prez Aaron Broussard of the Goatherder Crime Family and the mental meltdown of former Assistant US Attorney Sal Perricone:

James’ column represents sweet serendipity because just yesterday, somewhere around 12:30, I had a fantasy concerning END_OF_DOCUMENT_TOKEN_TO_BE_REPLACED

From the sweet serendipity files I have a two pack of USDC filings that are circulating around the local legal community.  These come from two different readers. First up is a plaintiff’s filing which illustrates why Pro Se litigants have such a bad name in the court system:

Next up is a Judge that must have had a series of bad days as this filing is circulating like wildfire in the greater NOLA legal community: END_OF_DOCUMENT_TOKEN_TO_BE_REPLACED

JINDAL TIRED OF US HYPHENATED-LOUISIANANS!

Louisiana Governor Bobby Jindal is mad. Really mad! He’s had his fill of all these hyphenated-Americans ballyhooing and expressing pride in their ethnic heritage. Jindal joined a group of 18 presidential wannabes in New Hampshire over the weekend trying to impress Republican diehards. And he didn’t hold back on his distain for those who treasure their heritage.

Now that will certainly cause a real shake up back in Jindal’s home state of Louisiana where, according to local lore, he occasionally stops off to visit. Louisiana is an amalgamation of many cultures, with one of the most diverse mix of diversity found anywhere in America.

Doing away with ethnic identity will come as a real blow to many Louisianans. Italian-Americans are great in Louisiana numbers, and take boundless pride in their heritage. Jindal will no doubt have to take a trip to Independence in Tangipahoa Parish, a town founded by immigrants from southern Italy, and break the news to the locals that they no longer can be called Italian-Americans.

He will find little support in New Orleans where the St. Joseph’s Day festival, honoring Italian-Louisianans is a major annual event. Also, I would urge the Governor to avoid the American Italian Cultural Center, the pride of New Orleans that houses the largest Italian museum in the nation. Continue Reading……………….

I’ll add Sociopath World is one heck of a fascinating website as the topic has dominated the Slabbed New Media lunch table two days straight. To get a retweet from M.E. to boot!!: 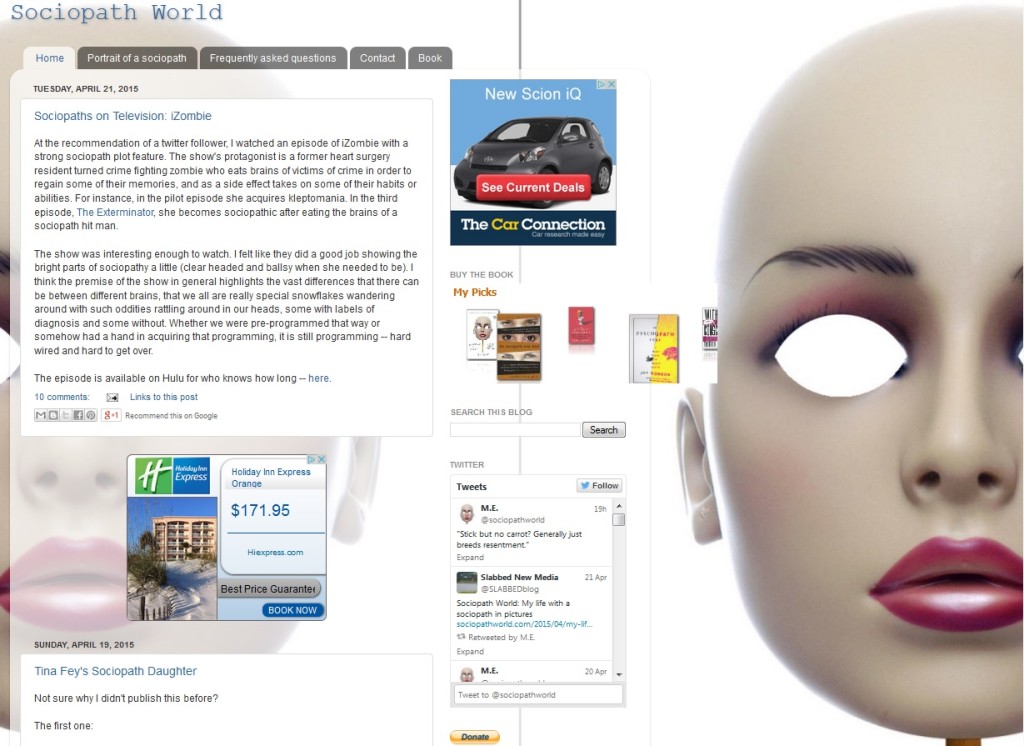