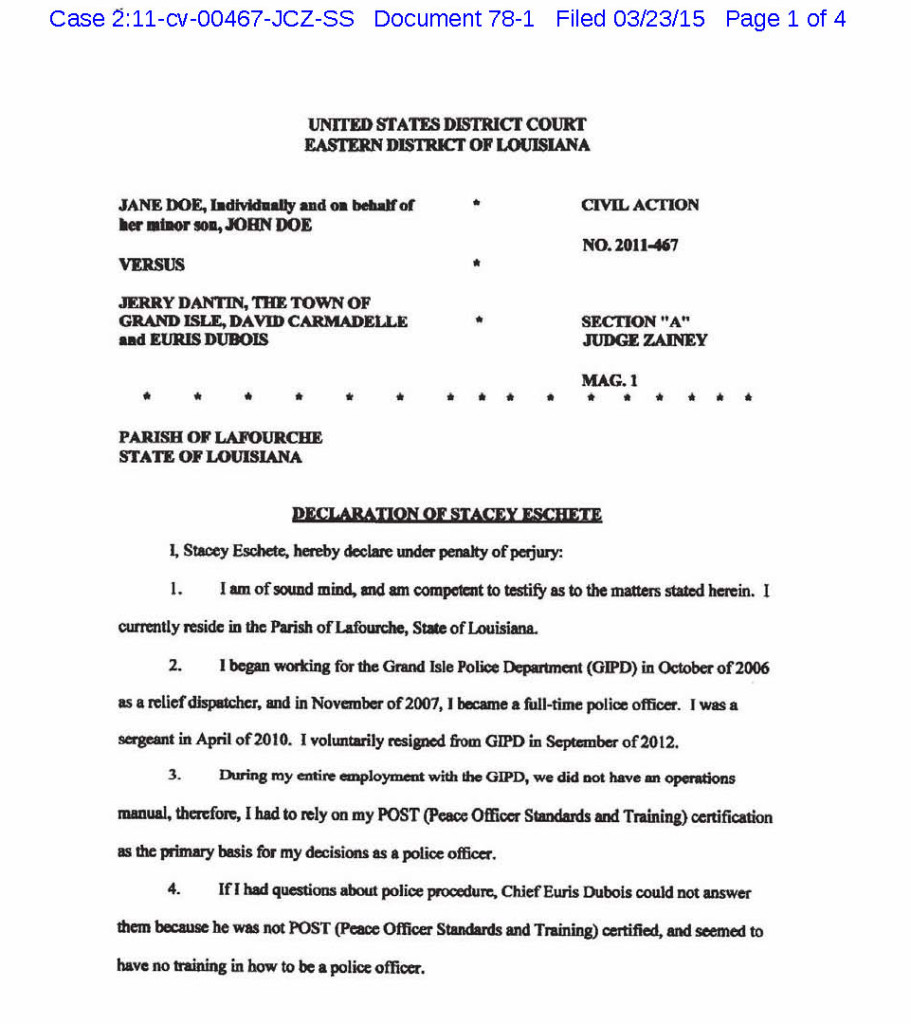 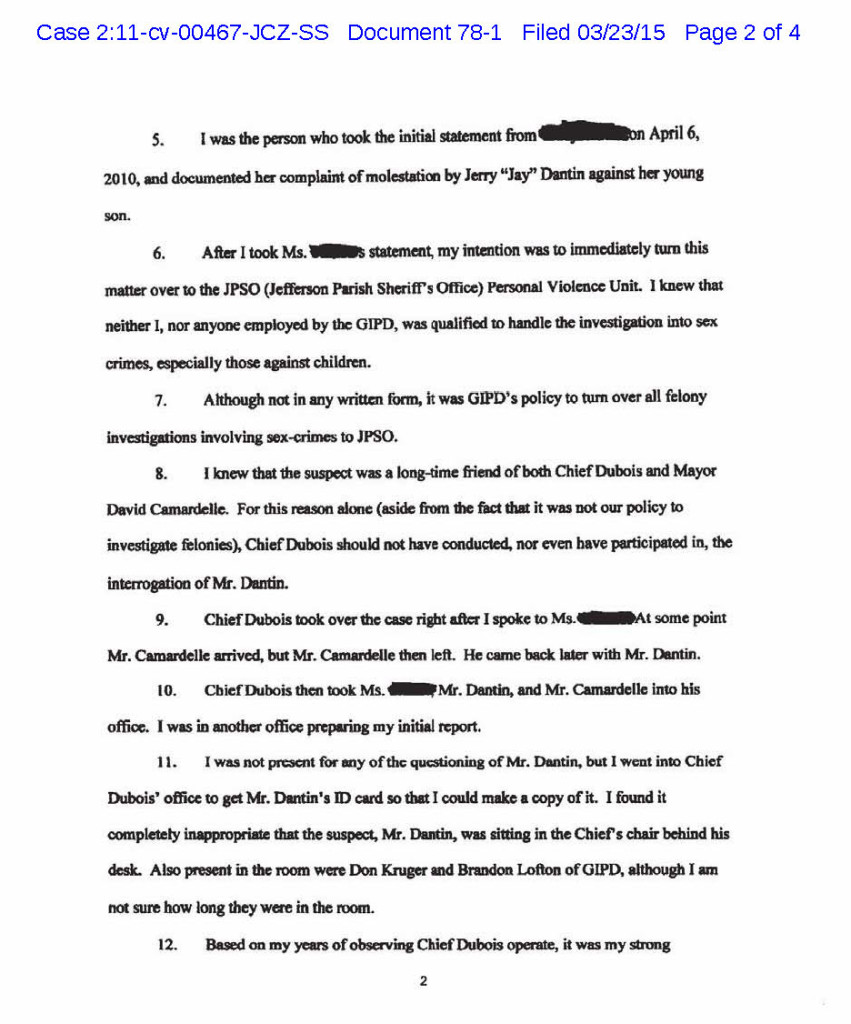 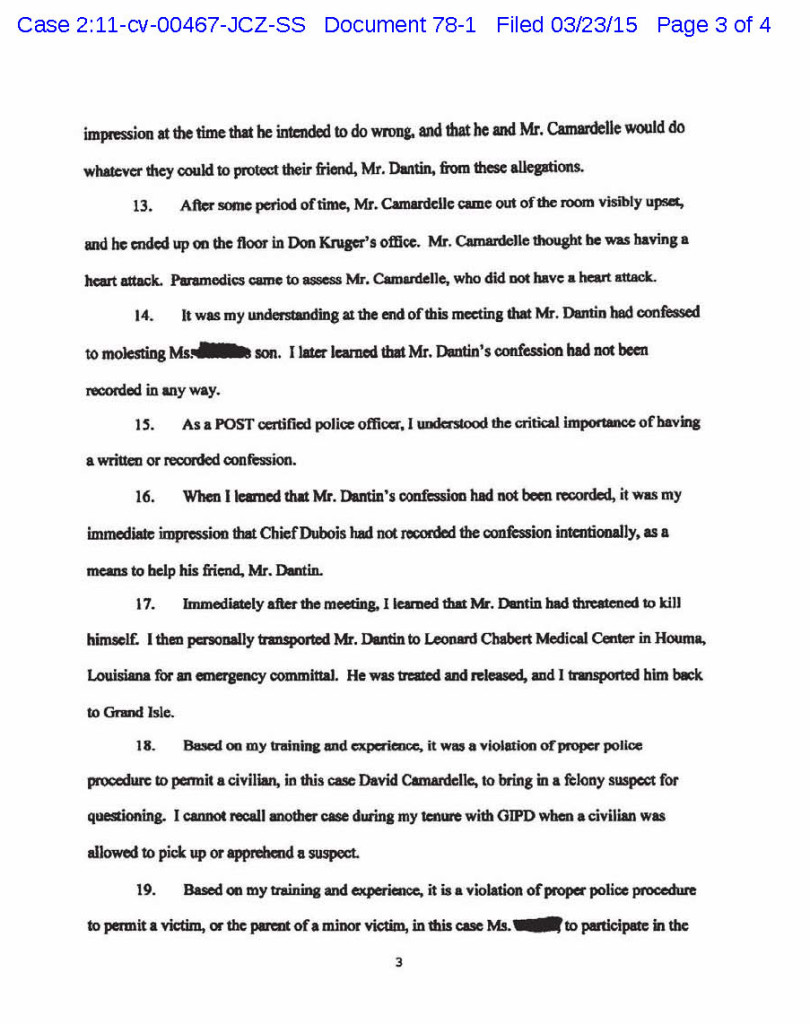 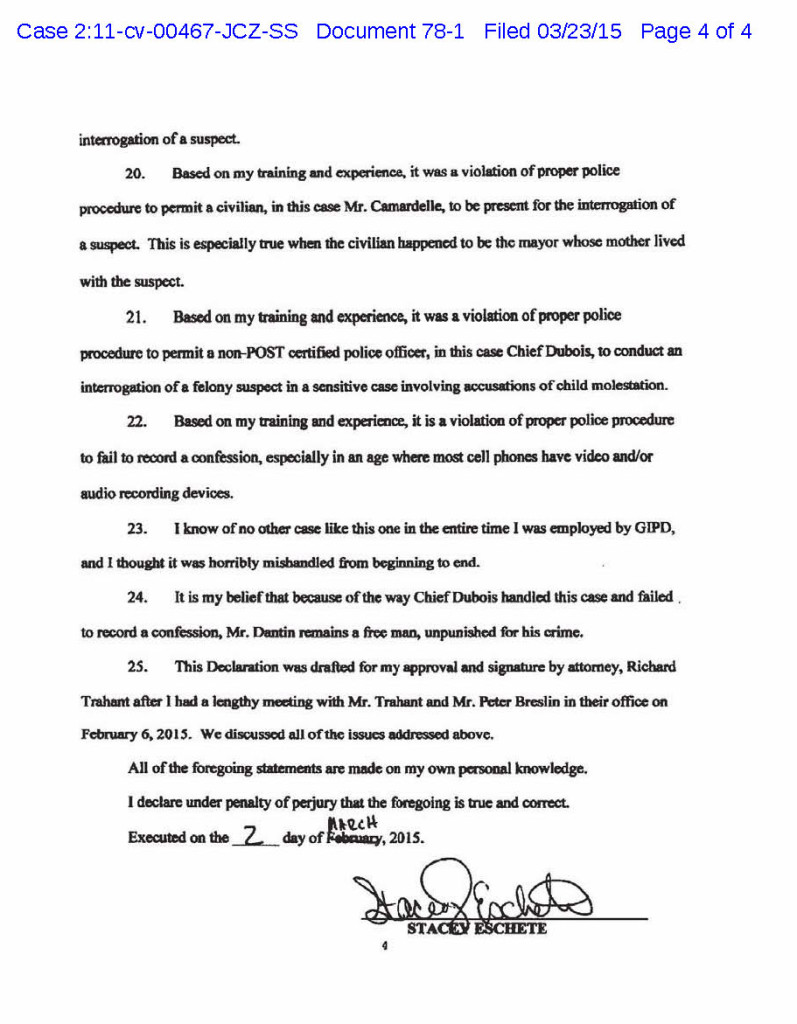 The docket in the case is an interesting read for those of you that have PACER accounts. This is taxpayer money defending the indefensible but the folks in Grand Isle elected both Carmadelle and Dubois so I guess it is only right they get stuck with the bill for the related malfeasance. Maybe lightning will strike, this case makes it to trial and the public can see the onion fully unpeeled. This saga, IMHO, has the potential to explode onto the national news scene. Stay tuned.