First we had hints of multiple hat wearing at Singing River Hospital here but the narrative moved along including my subsequent disclosure that I thought I had resolved the riddle that was Mississippi Laundry Holding and Mississippi Laundry Services. Then in January Spice Girl spiced things up with a loaded comment:

Mr. Slabbed, can you investigate Crown healthcare Laundry Services? Mr. Lucas’ speedy denial got me wondering if Mississippi laundry services was used as a subcontractor. There’s smoke here and I can’t see through it…

I disclosed that I had heard the same thing and moved along with Roy Williams buried under his son Gentry and Scott Walker. RFP provided the reminder in comments:

Roy Williams’ week probably started off on the wrong foot.

Supervisor John McKay appointed Strickland to the position but noted Monday he blames SRHS attorney Roy Williams for not telling Strickland he had to step down because he had moved from Jackson County.

I thought this public statement expressed a distinct lack of solidarity within the club.

Then he was served the JCOG lawsuit.

It also may be a little uncomfortable to have lots of LLC laundry being hung out in public.

Then there is the relatively new practice of the media posting the relevant legal filings with their first reporting on these stories. This has helped put the feedback loop in high gear.

Let’s look at that 2014 LLC annual report that I first exhibited a month ago one more time: 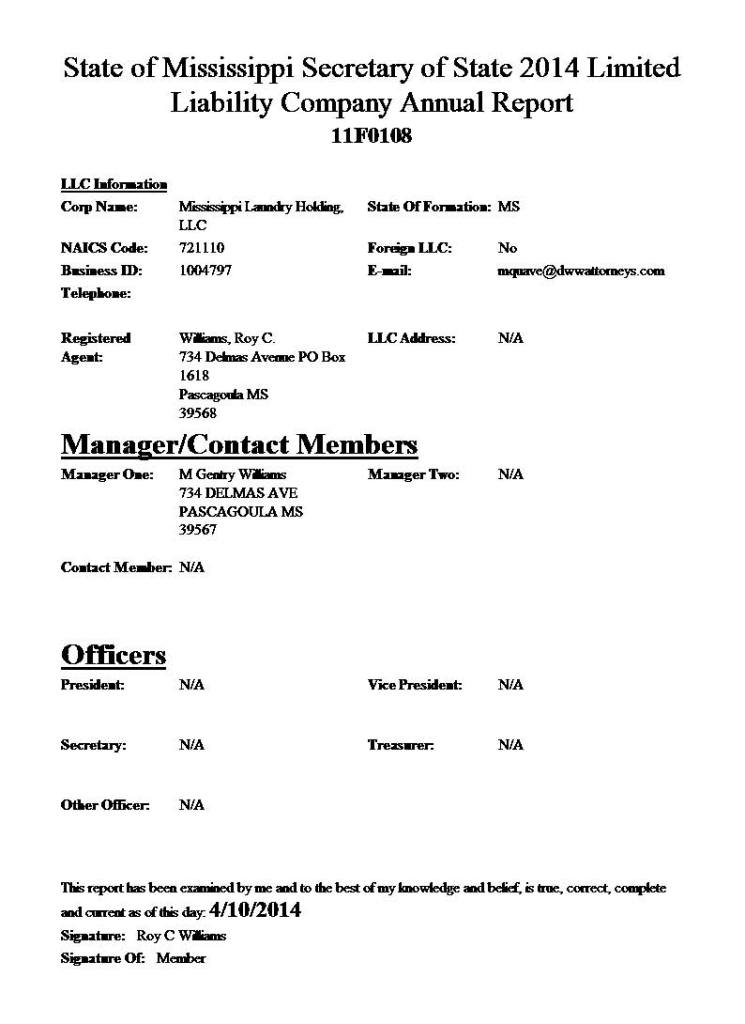 On a crude flowchart it would look like this:

I think the old school Italian term for this is “wet my beak“.