No word yet on whether Gidget and the girls will be providing live entertainment: 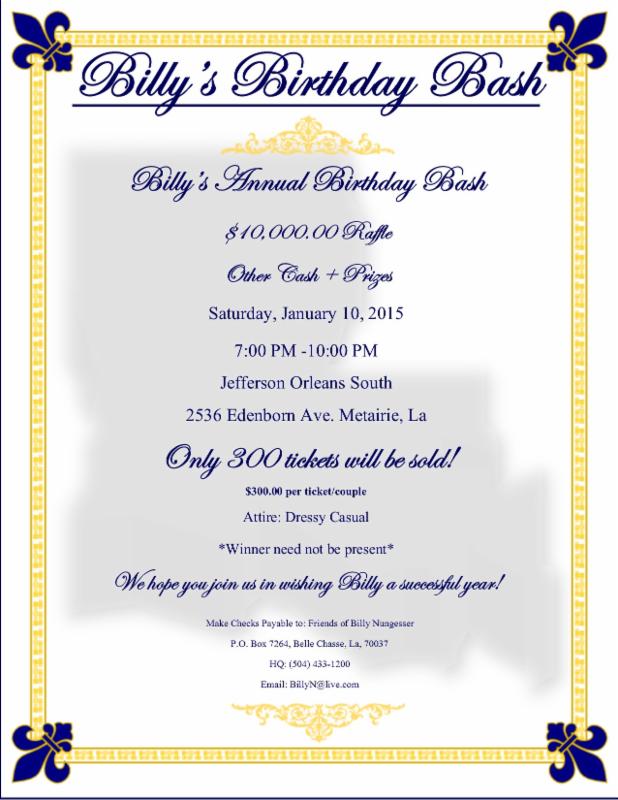 A few days ago I was told the source of the Steve Scalise leak to Lamar White and much to my chagrin it turned out not to be an inside job at all.  It was just straight up partisan politics and anyone that knows anything about how I roll here knows I’m just not much on bullshit from the political parties, neither of which represent the common citizen. That said after a fashion the story has come out and elicited reaction from some long time commenters here including CitizenK of New Orleans, who termed the leakers “morons”.  We need to circle that for now:

“I felt strongly that it would not have walked. I was running in a district with a lot of bigots,” Reed told Reuters.

Her son and then-campaign manager, Robert Reed, decided to reach out to blogger Lamar White Jr. several weeks ago with the information of Scalise’s appearance because the Pelican State lawmaker had taken on a high-profile position within the House leadership, Reuters reported.

That’s the way to win hearts and minds Gilda, term those that disagree with your politics bigots as it is an easy out for a failed campaign.  One reason I hate the petty politics is the inherent crap-in-pants potential associated with it. Case in point is the 2014 Mississippi Senate GOP primary.  We had a ball here on Slabbed with Thad, Miss Kay, pine belt farm animals and such but the voters spoke and Thad is our man for the next six years.  He also now chairs the Senate appropriations committee.  Would it be in the best interest of Mississippi for someone to knee cap him over something petty and cost him that position. Hell no because we need Thad to bring home the bacon worse now than ever we did.

Over in Louisiana the people in Metro NOLA have a decent man that (some think bug-eyed) has ascended to the number three slot in the US House.  What purpose was served by the partisan attempt to knee cap him?  This is frankly why people tune out the foolishness.

Figuring out where these cats live and vote is the ultimate game of whack a mole. Commenter Pravda once again has the skinny.  I have since seen pictures of Cronier’s Grand Bay Alabama residence.  Nice digs.

If they’re not already out of the station-house and onsite, my personal opinion is Colleen and the rest of the bean squad could have a field day doing some forensic accounting over Pascagoula way.