The allegations of fraud are priceless folks. Business must be bad for the gang at the Lodge because the Civil District Cost Docket indicates the court fees were short paid. Of course, in Randall Cajun’s fantasy world Slabbed’s precedent setting SPEECH Act victory over these SLAPP Happy nuts occurred in New Orleans instead of Gulfport. They also conveniently ignore the fact their Nova Scotia lawsuits were so poorly plead the court concluded they could never win a default here in the US with such deficient, infantile pleadings. The judicial beatdown frankly could not have been worse for them but that is their own fault. As for Slabbed, we remain the champs. Click the pic to score 33 pages of typical Goatherder Jackassery: 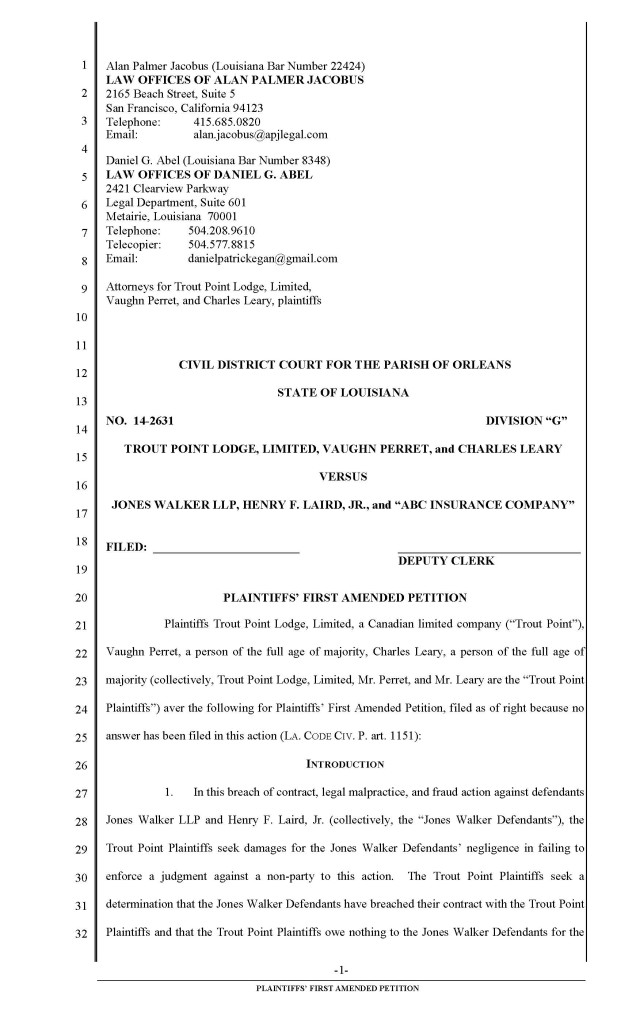 For those of you scratching your heads trying to keep up, a partial list of the Goatherderian reign of litigation terrorism can be found in the post tags, some of which are new because the suits are new. Stay tuned.