I know Lund from his work in construction law. He has a good reputation among his peers and should do an exemplary job for the Louisiana portion of the Jones Walker malpractice saga. Louisiana portion??? Yep but before I get to that I have this: 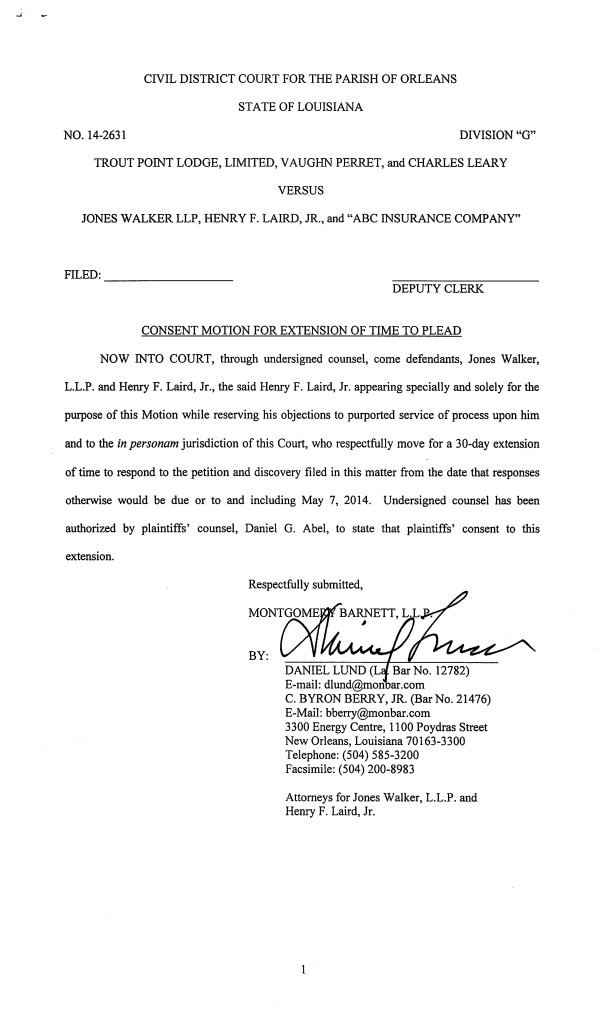 Here is the deal folks. The plaintiff’s contract was with a Mississippi lawyer working on a Mississippi court case thus there is no connection to the forum to which the suit was shopped. In fact there is only one court that really has jurisdiction over this matter far as I can see and luckily for everyone less than seven months ago Judge Susie Morgan issued a quality opinion that gives the answer. I think this part explains it very nicely:

Section 1367(a) and (b) provide as follows:
(a) Except as provided in subsections (b) and (c) or as expressly provided otherwise by Federal statute, in any civil action of which the district courts have original jurisdiction, the district courts shall have supplemental jurisdiction over all other claims that are so related to claims in the action within such original jurisdiction that they form part of the same case or controversy under Article III of the United States Constitution. Such supplemental jurisdiction shall include claims that involve joinder or intervention of additional parties.

So boys and girls using that expert and sage analysis name that forum. Winning answer in comments gets to pick the next musical selection.