NOLA.com could appeal but it would be a waste of money IMHO. Click the pic below the jump to nab Judge Lemmon’s 9 page order and reasons. 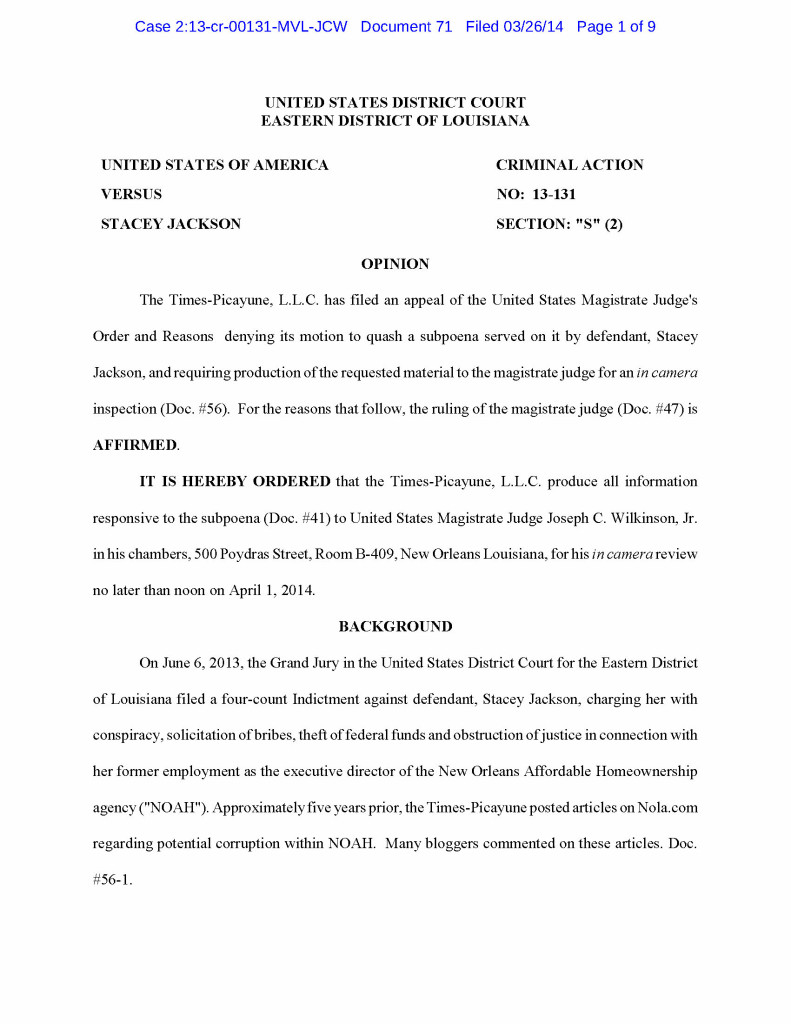 Bonus Link to Mark Moseley over at the Lens. Mark has been all over this topic along with Slabbed and Jason Berry:

19 thoughts on “Greeenlit: A Playing on the Internet Update Part Deux”