Who’s ears should be burning…….

Welcome to Mayberry U.S A. 😉

THE PUZZLING RISE AND FALL OF BOBBY JINDAL

Louisiana Governor Bobby Jindal threw a hissy fit in front of the White House earlier this month. He joined other governors in having a non-partisan luncheon with the president, then walked out on the lawn and began blasting away at what he perceived to be the Obama ineptitude. Connecticut Governor Daniel Malloy called Jindal a “cheap shot artist,” and even Jindal’s fellow republican colleagues rolled their eyes in dismay.

So was Jindal out of line in taking pot shots at the president? From Jindal’s perspective — No. Jindal seems to be feeling the heat of a number of rising stars in the Republican ranks. The current presidential talk centers around the likes of new Senators Rand Paul, Ted Cruz and Marco Rubio, along with Midwest governors Scott Walker of Wisconsin and Indiana’s Mitch Daniels. New Jersey Governor Chris Christie has been bogged down in a bridge scandal at home, but still ranks high in national polls of prospective republican presidential candidates.

With the crop of new guys on the block sweeping past him, Jindal no doubt fears that any possible presidential shot could be slipping away. While it may seem desperate to some, Jindal is going after red meat. Throwing bombs at the president may be his only chance to firm up his support with the Obama haters, of which there are substantial numbers, and to hold on to a semblance of staying in the race for national office. It’s fourth and long, and Jindal seems to be throwing a Hail Mary.

So what caused the demise of Bobby Jindal? Six years ago, as the 2008 presidential election was taking shape, the Louisiana Governor was the fair-haired boy of the national Republican Party. In the eyes of many, Jindal was on a fast track to the Oval Office. Here’s what I wrote in a column dated September, 2008: Continue Reading…………..

I think Hancock Medical leads the way with over $34,000 in outstanding H2O. Due to the date the report was run in close proximity to a weekend due date for payment means there are a multitude of current accounts listed including myself, my best friend and brother in law. It still appears WLOX’s Hancock County Beat reporter Al Showers is having Flapper value problems among other local notables that are behind. Al does not live in wards 5 or 6. 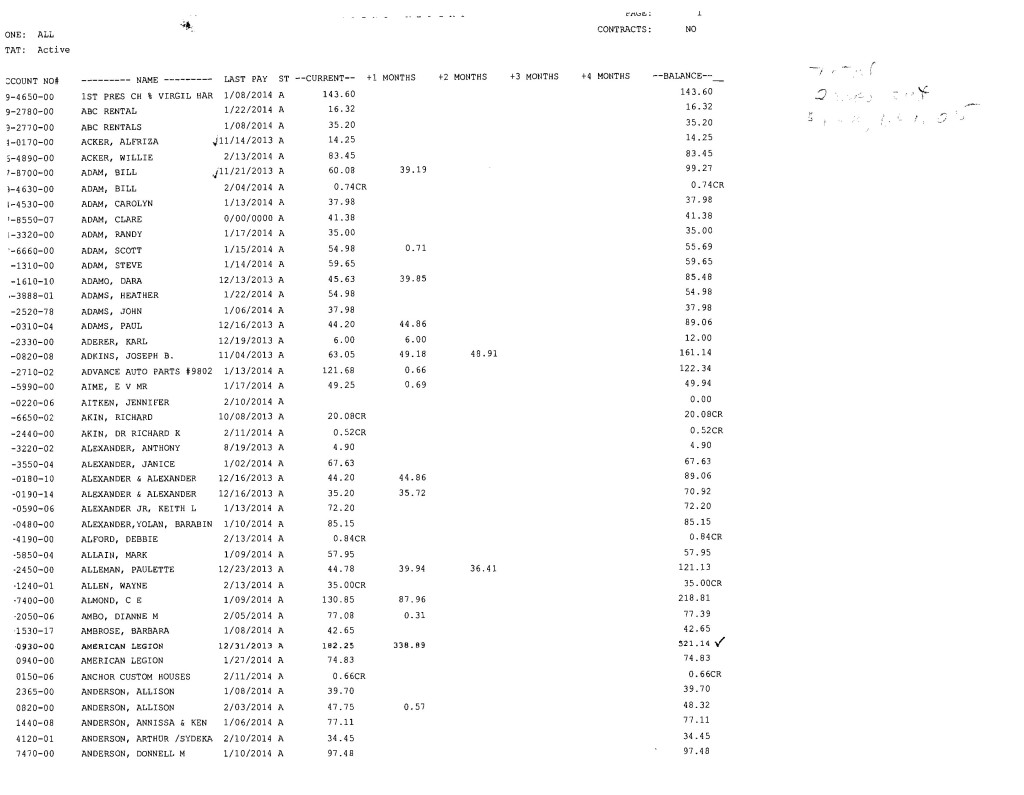